Good Morning Family!! Hope everyone’s week is going well! The topic of “failure” comes up frequently and I wanted to offer you something to think about this weekend! First of all, nothing you do is a failure! Never consider or relate your self with that word. Everything we do is a learning experience and helps build our character, making us stronger and more in touch with how we are! If you attempt to do something and don’t succeed, it’s best not to beat yourself up or hold yourself to an unrealistic standard of achievement. If at first we do not succeed, we WILL try and try again until our goals are reached! Never failing, just learning along the way!
If you are feeling as if you’re a failure, simply for not reaching a personal goal, stop yourself right there…. Do you think that everyone who attempts something, succeeds the first time!?? NO!!! Okay, let’s talk about Walt Disney… Did you know about the famous story behind Disney?

Walt started his career at a young age, selling candies and newspapers on the train that traveled between Kansas City and Chicago. He continued on later starting his own company, Laugh-O-Grams, with his best friend. It wasn’t long until Laugh-O-Grams went bankrupt. Walt didn’t give up! He didn’t consider himself a failure, rather kept pushing forward… In August 1923 with his suitcase, a few drawing materials and a twenty dollar bill, Walt Disney headed to Hollywood to meet his brother Roy O. He had to start a new venture, he created “Alice Comedies”, an animated character… His best friend joined his team and soon enough they had an order for their first “Alice Comedies”. Business took and onwards they went with building a team! Unfortunately, yet again, Alice started losing popularity and they had to create a new character, which was “the Lucky Rabbit”. Guess what, soon enough discovered that the rights to the character was stolen from him from his own employee! He was so sad and frustrated that someone he had trusted and worked for him could do such a thing. He felt so betrayed! He never stopped doodling and guess what, that is when Mickey Mouse evolved! It was Mickey Mouse that brought Walt Disney and his studio his popularity and worldwide acknowledgment, but for him it was only the beginning…. From there, all our Disney Classics evolved and the Land of Disney, the Magical Kingdom, was created, another great success! His creations continued on to win several awards and although Disney passed, his dreams continue! His brother continued living out his dreams and to this day, Disney has created quite a kingdom that will NEVER be forgotten, why??? Because he never gave up and kept digging deep!
Another lesson, ironically, the rights to “Oswald the Lucky Rabbit” that had been taken away from him, did eventually return to the Disney company more than seventy years later and was bought back! what goes around comes around….
“All your dreams can come true if you have the courage to pursue them.”
“The way to get started is to quit talking and begin doing.”
“I do not like to repeat successes, I like to go on to other things.”
“I have been up against tough competition all my life. I wouldn’t know how to get along without it.”
~Walt Disney
Most problems involve steps to their solution, and solving each step along the way IS an accomplishment. If you become discouraged during your weight loss journey or find yourself feeling as if your goals are so far out of reach, keep trying! Just as Walt Disney said, “If you can dream it, you can do it.” Some and most of life’s most rewarding experiences, and those that will be most memorable, make you sweat and dig deep through hard times, but you only come out on top, stronger and wiser for having worked so hard. 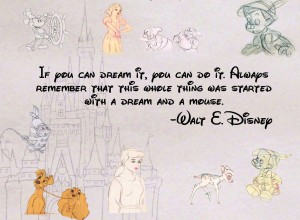 Just like Walt, create your vision and keep believing….
Have an amazing day…
hugs,
G 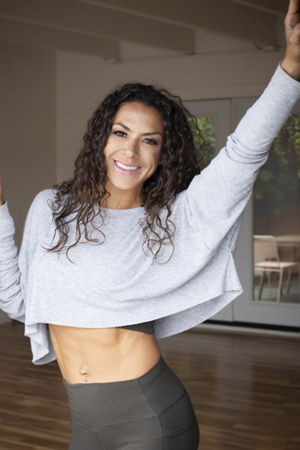